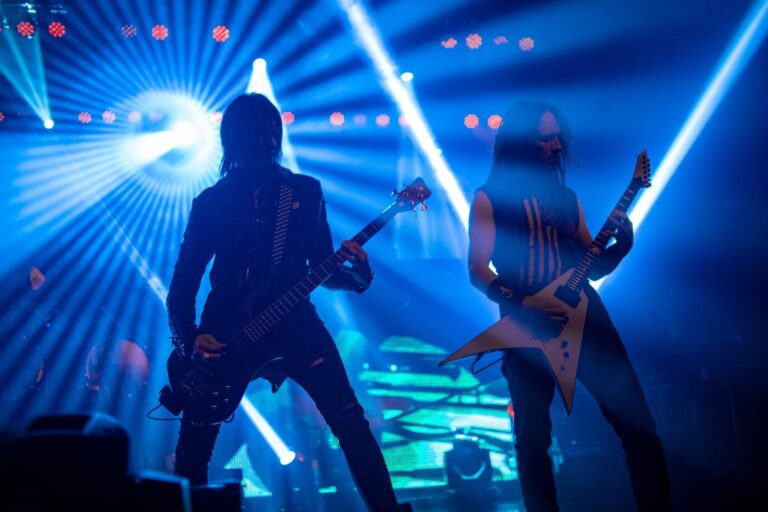 TEMPE — With the release of a double album on the horizon, Devildriver returned to the road on Tuesday for the opening date of a co-headlining tour with the reunited Static-X. Taking the stage at the Marquee Theater, frontman Dez Fafara immediately whipped the crowd into a frenzy as the band launched into their opening number.

Devildriver’s hour-long set not only included live staples like “Grinfucked” and their well-received cover of AWOLNATION’s “Sail,” but Fafara made good on his promise to incorporate material from his previous band, Coal Chamber, into the show. “I haven’t done this in almost 20 fucking years,” he confessed just before the unmistakable opening notes of “Loco,” which was met with a chorus of cheers and immediately followed by “Fiend,” another mainstay from the Coal Chamber catalog.

Check out the full gallery of Devildriver photos from the Marquee Theater below, and click here for pictures of Static-X’s performance at the same event. Tickets for remaining shows on the Wisconsin Death Trip 20th anniversary tour are available at Static-X.org