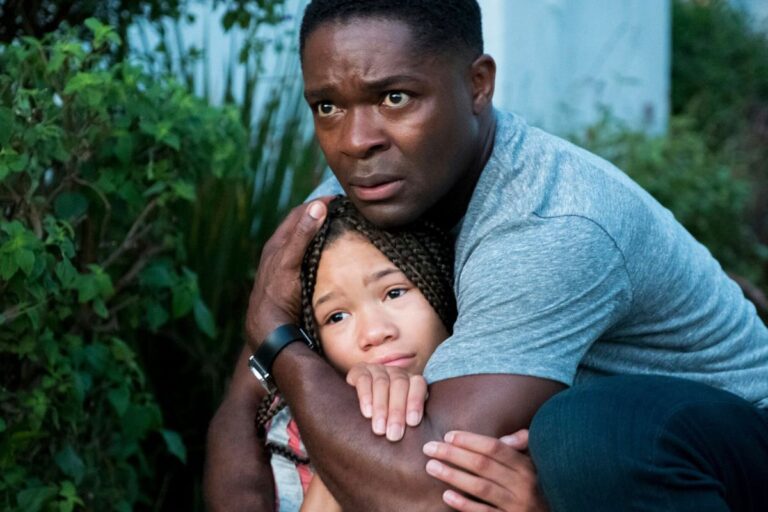 My second adventure at the Sundance Film Festival, held in beautiful Park City, Utah, was a near-perfect film viewing trip. With over 100 films making their various debuts, sometimes you never know just what you’re walking into once you enter a theatre. I was fortunate enough to see eleven new films in just three days, without a single bad one in the lot. Day One played host to three solid films, so let’s get right to the recapping of the day.

Relive started things off with a murder thriller that turned out to be parts Donnie Darko and Butterfly Effect, where time isn’t exactly what it seems. A detective (David Oyelowo) begins receiving phone calls from his recently deceased niece (Storm Reid), but are these calls from the past or the present? Can he piece together what happened, find those responsible, and/or save his niece? Well-paced and with a stellar performance from Reid, the first two acts are filled with suspense and mystery. Unfortunately, the film starts to lose steam in the final stretch, and the “big twist” is so obviously telegraphed that when it finally happens, it falls flat because the audience has long since figured it out. Still, Relive was an enjoyable watch and definitely a solid psychological thriller, even after things started to become predictable.

If you enjoyed Zombieland or Shaun of the Dead, then there’s certainly something in Little Monsters that you should find enjoyable. Crude, vulgar, obscene, and gory are all perfect descriptors for this Aussie offering, but surprisingly, it’s also full of heart. The film centers on Dave (Alexander England), a failed stoner rocker who tries to start a romance with his young nephew’s kindergarten teacher, Miss Caroline (Lupita Nyong’o). His efforts land him being a chaperone on the class field trip to a petting zoo — unfortunately, the government facility next door just happens to accidentally unleash a zombie virus. With decapitations, a Taylor Swift song, and a heaping helping of F-words, there’s also time for Dave to learn responsibility, Caroline to open up her heart, and a young boy to show courage. If this isn’t enough, Josh Gad is an absolute riot as Teddy McGiggle, a kids TV host in the vein of a deranged Pee-Wee Herman. He steals almost every scene he appears in. Little Monsters is an absolute must re-watch for me, because I need more Teddy McGiggle in my day.

My day ended with the world premiere of Fighting With My Family, based on the real-life story of Raya “Paige” Knight’s journey to the top of the women’s division of World Wrestling Entertainment. Writer/director Steven Merchant tells a tale that both wrestling fans and non-wrestling fans can enjoy equally. Following Paige’s rise from indie performer to WWE developmental wrestler all the way up to the night she won her first championship, the film has wonderful comedic chemistry throughout. If I had to nitpick, I’d say one flaw is the film isn’t very clear with the length of time it takes for some of the events to transpire, and a few moments were embellished to give it a more Hollywood movie appeal. Even with those flaws, Fighting With My Family was lots of fun and should do very well at the box office later this month. Watching it in the same room with most of the film’s stars, including Dwayne “The Rock” Johnson, might have given me some bias.

Just like that, day one came to an end sometime around midnight.  While all three movies were enjoyable, the best was yet to come. Stay turned for my recap of Day Two!