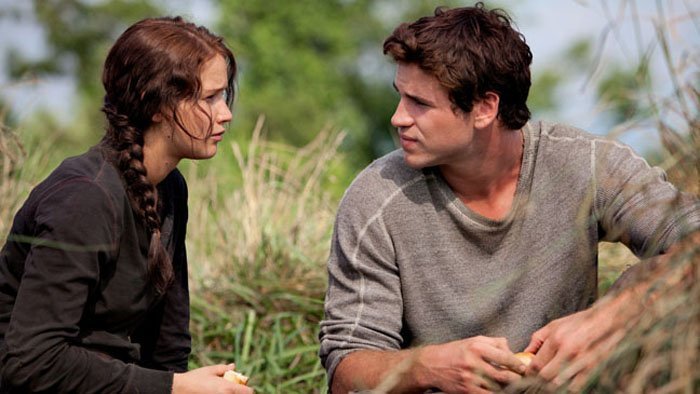 We’re less than two weeks away from the release of The Hunger Games, Lionsgate’s big-screen adaptation of the best-selling novel by Suzanne Collins, and with presale tickets already surpassing the record previously set by the Twilight series, the anticipation – and the expectations – couldn’t be higher. But despite all the pressure, Liam Hemsworth seems completely at ease as we chat during a recent promotional stop in Phoenix.

Hemsworth and the rest of his castmastes from The Hunger Games recently embarked on a multi-city Q&A tour, allowing them to spend some time with their fans, an experience that he refers to as “exciting, and pretty nerve-racking at the same time. It’s really weird, I haven’t ever promoted something quite as big as this before.”

The Hunger Games tells the story of Katniss Everdeen, a young girl in a dystopian future where a corrupt Capitol forces each of its twelve districts to send two children to compete in a nationally televised survival contest, until only one is left standing. Hemsworth portrays the role of the heroine’s lifelong friend, Gale Hawthorne, who urges her to flee the tyranny of the Capitol’s rule and stand up to their tyranny.

“I feel like Gale is an extremely passionate person,” Hemsworth tells us. “He doesn’t wanna side with this evil, he’s trying to find a way to stop it and get away from it. And I think if I were in his position, I’d be doing much the same thing.”

[pullquote_left]I lost a lot of weight. I wanted to get a good sense of what hunger felt like.[/pullquote_left]Gale and Katniss both come from District 12, the poorest area in the nation, with its inhabitants struggling every day just to scrounge enough food to stay alive. Trying to get into the mindset of a character that has grown up in a poverty-stricken land created its own unique challenges for Hemsworth, who went to great lengths to prepare himself, both physically and mentally.

“My character’s living in depression, hunting for food, trying to stay alive and trying to keep his family alive. He’s not eating a lot, so I wanted to get a good sense of what hunger felt like. I trained for about a month before we started shooting, just sweating every day and doing as much to strip down. I lost a lot of weight. That was probably the biggest thing for me, in terms of getting into that character’s head.”

“I [also] read all three books before I met with anyone on the film,” he continues. “I wanted to get a sense of what it was and where it was going, and I ended up really loving the books. I try to find directors and writers that are trying to create something new, and I felt like these stories just had such strong characters that people care about. As an actor, I’m always looking for things that are different, and I really thought that this hadn’t been done before, in this way.”

Lionsgate is hoping the success of The Hunger Games trilogy will spawn a franchise, a sentiment shared by Hemsworth, who has already signed on to return for more films. “I think everyone’s kinda waiting to see what happens with this one,” he says. “If it does as well as everyone thinks it’s going to, we’ll shoot the other ones. The second one, if all goes well, we’d probably shoot it toward the end of this year.”

[pullquote_right]I feel very fortunate to be a part of something so special.[/pullquote_right]Hemsworth acknowledges that expectations for this film are extremely high, and admits to having his own doubts about adapting such a beloved property. “I was extremely nervous watching it the first time. I loved the first book, and I was very nervous that it wasn’t going to live up to the book. But now having watched it, I feel very proud of it.”

While the film is targeted at the young adult audiences who are familiar with the books, Hemsworth is confident that newcomers to the franchise will find plenty to enjoy, thanks to the film’s universal themes. “I think this stretches to a much wider audience. It’s a tribute to survival and freedom, and you have this young courageous girl who’s providing hope and courage for so many different people, and allows everyone else to see that if they come together, they can stand up to this and make a difference. I feel very fortunate to be a part of something so special.”

iPhone photos from the interview can be found below. The Hunger Games opens on March 23, 2012.
[nggallery id=13]