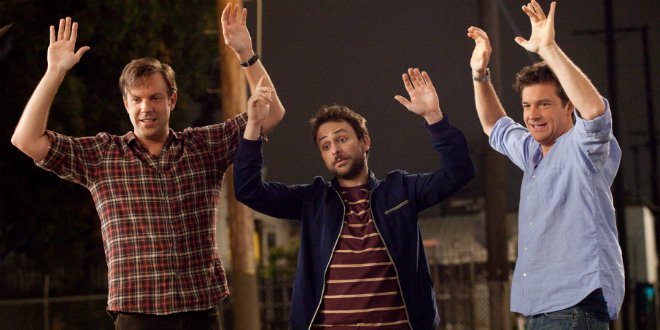 The lovably idiotic trio that Jason Sudeikis, Charlie Day, and Jason Bateman brought to life in 2011’s Horrible Bosses are back for a sequel in Horrible Bosses 2, joined by a returning supporting cast that includes Jamie Foxx, Jennifer Aniston, and Kevin Spacey. This time, the three amigos are the horrible bosses of their own company, which fails due to a mix of accidental public racism and corporate takeover. Chris Pine and Christoph Waltz join the crew as the film’s villains, who look to bankrupt the heroes (if you can call them that) and steal their invention before they can sell it to someone else. The gang decides to kidnap one of the villains (Pine) to ransom him to the other (Waltz), and hijinx ensue with predictable and contrived results.

That’s not to say Horrible Bosses 2 is a horrendous movie, though. The friendship between the original cast is palpable, and there are plenty of laughs throughout. Were it not for Sudeikis, Day, and Bateman’s on-screen chemistry, this film would have fallen apart at the seams. The movie, thankfully, has a blistering pace that keeps its 1 hour and 48 minute runtime feeling more like an 80 minute quick flick. Some of the jokes are painfully unfunny, some fall flat, but a good portion of them had this writer laughing out loud. Every scene with Foxx’s “Motherfucker Jones” had my ribs hurting from laughter, and Aniston continues to steal scenes as she pushes the envelope of perversion with a series of some of the most filthy jokes you’ll see this year. Spacey plays his sinister character from the first film, this time behind a sheet of plexiglass.

Should you go see Horrible Bosses 2 this weekend? Only if you’re painfully bored and it’s the only movie showing in your rural Montana village, or if you were a huge fan of the original. Should you check this out when it hits DVD or Blu Ray? Absolutely. Gather some friends, crack a few beers, and enjoy the laughs. Just don’t fork over your $12.95 or whatever to watch it with a bunch of texting, popcorn-crunching assholes in a crowded theater.