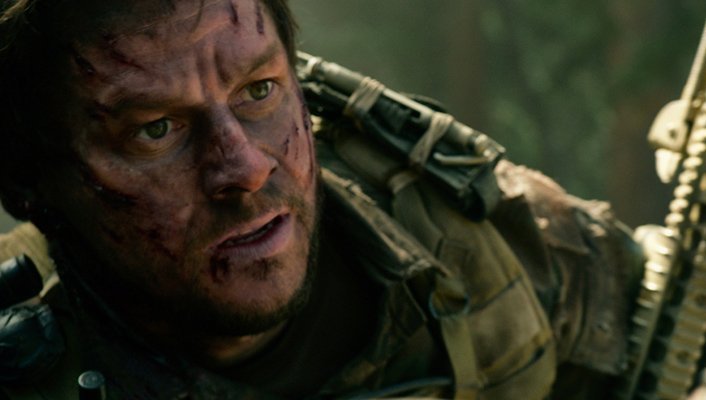 Peter Berg’s Lone Survivor shares the tale of Marcus Luttrell and his team of Navy SEALs during a failed mission in the mountains of Afghanistan that led to the death of more than a dozen members of the US Military. The early hype for this film held it upon the highest pedestal, due to its association with the memoir written by the real-life Luttrell. Sentences, paragraphs, and pages were devoted to comparing the film to Saving Private Ryan – which is about as offensive as comparing the current War on Terror with World War II.

Politics aside, there are a few major issues I have with the film that can be addressed with one simple sentence: “What is this movie’s focus?”

Lone Survivor starts off with a medley of videos showing the actual BUDS training of Navy SEALs. Rather than building characters around the ideas of brotherhood, it crams clips of Navy men shouting “we’re brothers!” down the viewer’s throat wrapped in an American flag. The first act throws you deep into the deployment of a team of SEALs and gives you approximately five minutes of them talking about their wives before they’re thrown directly into the field to take part in Operation Red Wings.

After experiencing communication failures with the forward operating base (FOB) during the mission, the team are forced into making a major decision on their own, a decision that ultimately influences the outcome of the mission (and the film). While performing reconnaissance, the SEALs are discovered by two children and an elderly goat herder. The film and (memoir by Luttrell) force a false dichotomy on the audience immediately, wherein the team has to decide whether to let the three people go or murder them on the spot to protect the mission. The team itself blames the “liberal media” for their inability to kill the kids and old man, while the team leader absolutely refuses to take that as an option. They decide to cut the civilians loose, and one of the children immediately returns to the village below to tell the Taliban about the SEALs.

The subsequent 40 minutes of the movie were viscerally potent, but fell flat from a storytelling standpoint – mostly, there were shots of the SEALs falling down a hill (complete with closeups on them hitting their heads on rocks) and bullets flying through them. Any suspense or dramatic flair is completely ruined by the fact that the movie is called Lone Survivor: you know from the beginning that this film isn’t going to be a triumphant story where everyone makes it out alive and gets Medals of Honor. That can be okay sometimes, but not when the rest of the film falls short of being interesting.

From the opening titles to the end credits, Lone Survivor isn’t entirely sure what tone it wants to take. Is this a propaganda fluff piece? Is this a brutally visceral war drama? Is it a jingoistic political mouthpiece about the horrors of rules of engagement during wartime? Or is it a warning that war is hell? All of the Mark Wahlbergs and Taylor Kitsches in this film failed to answer that question, regardless of their acting prowess.