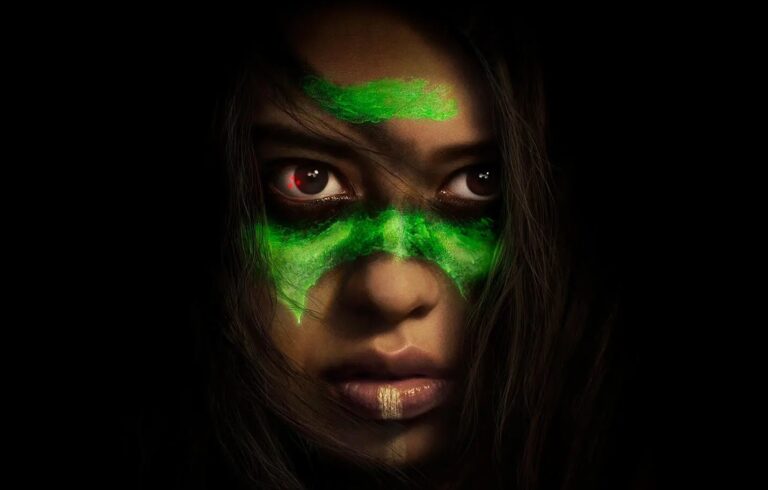 Predator, the iconic sci-fi franchise, has found its future in the past with the Hulu Original Film Prey. 300 years ago, to be exact, and set in the Comanche Nation. Naru has the heart and skill of a warrior, but she is overlooked by her people because the greatest warriors of the Great Plains are her peers. Without warning, something stalks her land and Naru realizes her companions are no longer the hunters, but the hunted.

Prey serves as a loose origin to the Predator franchise, at least in terms of the alien race’s involvement with Earth. The story is tight and focuses on a limited amount of characters and Amber Midthunder (FX’s Legion) as Naru is now the Ellen Ripley (Sigourney Weaver) of the Predator franchise. Midthunder does so much with minimal dialogue and makes Naru a believable and cunning heroine without falling into many of the tropes of a female action star.

Since the aforementioned story is lean and mean, the action and violence are off the charts good. If you’ve ever wanted to see a Predator fight a massive grizzly bear, Prey has you covered — it’s as awesome as it sounds, btw. The glee with which the film has the Predator dispatch his human foes is well thought out and diabolical. The design of the Predator is also a nice mix of faithful and fresh using a bone-like helmet instead of the slick metal of the original. Naru also kicks major ass while wielding her recallable throwing axe and coordinating hunting attacks with her delightful dog.

While this is indeed a prequel of sorts, the approach to Prey differs from any other installment in the franchise. It’s not the machismo of the original Schwarzenegger Predator, it’s not the camp of AvP or the attempt to remake the original with Predators. There are moments of beauty and quiet contemplation leading up to and amongst the carnage that elevates Prey beyond schlocky sci-fi horror.

10 Cloverfield Lane‘s director Dan Trachtenberg and its cinematographer Jeff Cutter have delivered a gorgeous visual experience that also sets this apart in the series. Lush and beautiful on location filming accentuates the artistic and moody framing in this constantly picturesque film. Prey’s creative team also shows welcome restraint on fan service, providing only a few small moments after the film has taken the time and earned the right. As for the future? Check out the animated end credits sequence, there’s a subtle blink-and-you’ll-miss-it nod to a potential direction that a sequel could go, should one come about.

It’s easy to see how 20th Century Studios was wary about going all in and instead opted for a streaming release for Prey. A Predator reboot set in the time of the Comanche without a single household name involved in front of or behind the camera is a hard financial sell. Unfortunately, the resulting lower budget does occasionally shine through, most notably in some early CG effects. Ultimately, though, the Prey experiment worked and Predator fans now have a reason to be excited about their franchise again.

Prey will stream exclusively as a Hulu Original on August 5, 2022.