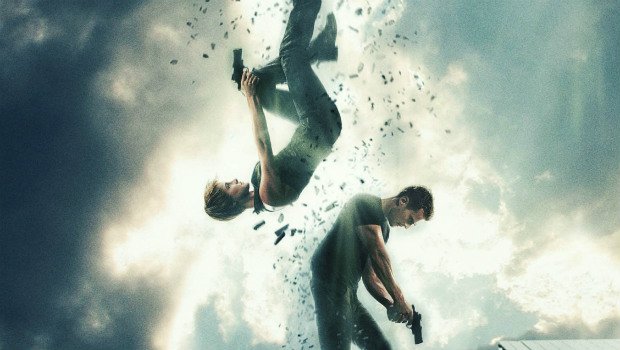 Although not a runaway success, Divergent did quite well at the box office, and one year later we’re getting the second installment, Insurgent, based on the book of the same name. You might have guessed by the release date that The Divergent Series doesn’t quite have the same pull as other summer blockbusters, so both films have been wisely released in the generally more open springtime date range.

The Divergent Series: Insurgent picks up three days after the events of Divergent and sees Tris Prior (Shailene Woodley) and her crew escaping postapocalyptic Chicago after Jeanine’s (Kate Winslet) attempted faction coup in the first film that left Tris’ world shattered. Jeanine and her Erudite faction are basically still in charge with Tris, Four (Theo James), Peter (Miles Teller) and Caleb (Ansel Elgort) trying to lay low on the outskirts of the city and bunking down with the Amity faction, led by Johanna Reyes (Octavia Spencer). But Eric (Jai Courtney) and Max (Mekhi Phifer) are hot on their trails after a new discovery makes Jeanine’s first priority to track down every last known Divergent immediately.

The Divergent Series: Insurgent definitely does not re-invent the wheel from the first film, but it definitely has smoothed it out while making it roll better. Gone is the endless exposition of how important the factions are in this new society and the explanations of the rituals each faction does in order to distinguish themselves. With that slog out of the way, this film is a much leaner story that delivers more on the action front compared to the first film, feeling less cluttered and much more sure of itself.

The film has some of the same struggles of identity that the first film had in trying to not retread the same “dystopian YA” ground that has already been covered with great success in things like The Hunger Games. Insurgent also does tend to drag at certain points, but thankfully doesn’t have the same bloated running time like the aforementioned franchise, clocking in at just under two hours.

The strongest points in Insurgent revolve around the faction Macguffin that holds an important message from the society’s past – a message that Jeanine very badly wants to hear. During these scenes, the film pulls out some stylized action sequences – much like the testing scenes in the previous film – that are head and shoulders above anything attempted in Divergent. They are beautifully crafted, gorgeous FX sequences that provide epic scale action that certainly allows the film to set itself apart (for once) and do something original in the genre.

The cast does a nice job of progressing their characters into a more mature state after the events of the first film, but maybe not quite enough. Woodley still feels a bit miscast as Tris, but certainly gives it her all in the performance, while still never commanding the screen (or her peers) the way you keep expecting. Theo James as Four deserves MVP for taking a pretty bland and wooden character and giving him a certain level of likability and charm.

Miles Teller is also a blast in the film with a bigger role, enabling him to steal just about every scene while providing the few bright spots of comedy in an otherwise bleak story. The addition of Octavia Spencer as Johanna and Naomi Watts (looking surprisingly hot with dark hair) as the mysterious Evelyn definitely class up the joint – as does the returning Kate Winslet.

The characters are forced to make some dark, adult decisions, the action is ramped up and the visuals are eye-popping in this better-than-expected sequel to the first film. The Divergent Series: Insurgent is a trimmer, more focused experience than its predecessor, although does occasionally fall into that film’s same pitfalls. The film still struggles to truly stand out as a unique property and this outing probably won’t win over new fans. But Insurgent has just enough of the right elements and improves on just enough of Divergent’s faults to satisfy fans and vindicate its existence as a franchise.