Movie Review: ‘The Legend of Hercules’ 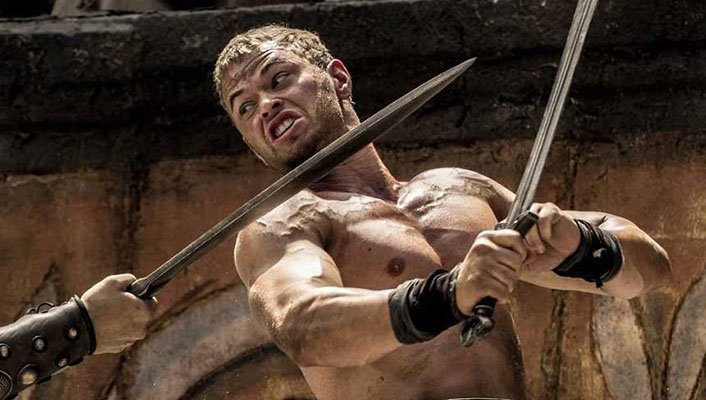 Renny Harlin’s Legend of Hercules consists of those action being repeated several times onscreen, and little else. Starring Kellan Lutz as the titular hero, Hercules begins with forbidden love and ends with this reviewer wishing he hadn’t spent the gas to attend the press screening of the film.

The title character is introduced nearly ten minutes into the film, frolicking with his lady love. As movie heroes are usually punished before becoming heroes, she is given to his half brother, intended for marriage. Hercules is captured and sold into slavery by his father, then punches and stabs his way to victory over the next 45 minutes of unintentionally hilarious, squeaky clean, bloodless combat scenes.

Greek mythology is one of the very first written works of fiction, and nearly every single story we tell today is based upon it. The story of Herakles is one of the original epics, one of the original tragedies, and this movie fails to connect the onscreen Hercules with the source character in any way other than in name. The emotionally exhausting story of loss, tragedy, and forgiveness is replaced with Kellan Lutz flexing shirtless and jumping in slow motion. The brutality of the original is replaced with a PG-13 rating and draped with so many CG landscapes that you might be able to hear George Lucas in the background of each scene saying “oh come on guys, really?”

While I hadn’t expected much of Lutz, who is known best as an ancillary character in the Twilight films, he really impressed me with his inability to make appropriate facial expressions during the film, the painfully bad English accent coming from his North Dakotan face, and his inability to properly wear any of the costumes they designed for him.

The one redeemable aspect of this film is Liam McIntyre’s character. He is the only relatable person in this film, but unfortunately nothing was done with the character that hadn’t been done (and done a thousand times better) during the run of Starz’ Spartacus, as he essentially plays the same role in this film but with less references to Zeus’ genitalia.