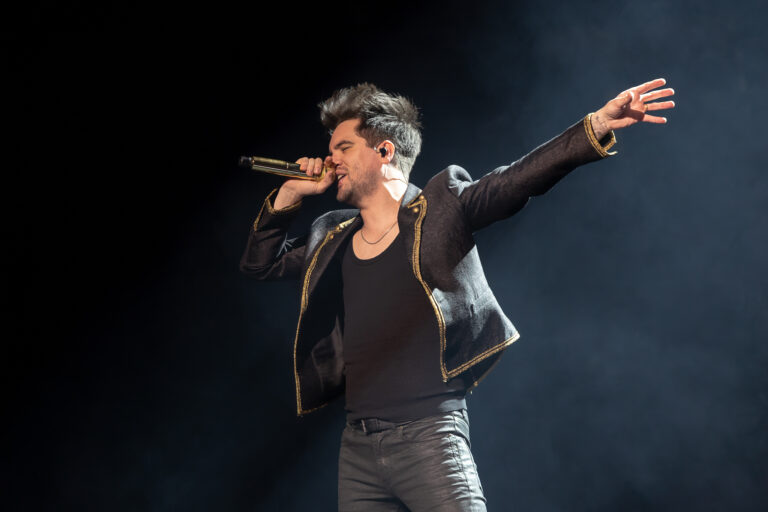 PORTLAND — Moda Center became the “home of the freaks” on Saturday night when Panic! at the Disco brought their Viva Las Vengeance tour to Rip City. The performance opened with frontman Brendon Urie rising up out of the stage to the opening melody of “Say Amen (Saturday Night)” — an apt selection, given the date — followed by a string of popular live numbers such as “Hey Look Ma, I Made It,” “Don’t Threaten Me With a Good Time” and “Miss Jackson.”

The middle segment of the show was the most intriguing, as Panic! at the Disco played through their latest record in its entirety, from the first track — which shares a name with both the album and the corresponding tour — all the way through to the last. “Don’t Let the Lights Go Out” and “Star Spangled Banger” were among the highlights, and while it’s rare for a band to perform a full-length record for a live audience (particularly one that was only recently released), the crowd’s enthusiasm never seemed to wane.

The final 30 minutes found Urie and his bandmates veering back into more familiar territory: rainbow colors adorned the stage for “Girls/Girls/Boys,” a piano materialized for the opening bars of “Nine in the Afternoon,” and Panic! at the Disco’s first hit — 2006’s “I Write Sins Not Tragedies” — inspired a raucous singalong. The band will remain on the road for the rest of October, then rest up before heading overseas for a European tour early next year. Check out photos from Panic! at the Disco’s performance at Moda Center below.

Setlist
Say Amen (Saturday Night)
Hey Look Ma, I Made It
Don’t Threaten Me With a Good Time
This Is Gospel
Miss Jackson
Emperor’s New Clothes
Viva Las Vengeance
Middle of a Breakup
Don’t Let the Light Go Out
Local God
Star Spangled Banger
God Killed Rock and Roll
Say It Louder
Sugar Soaker
Something About Maggie
Sad Clown
All by Yourself
Do It to Death
Girls/Girls/Boys
House of Memories
Nine in the Afternoon
Death of a Bachelor
I Write Sins Not Tragedies
Victorious
High Hopes