PREVIEW – Our 5 most-anticipated films of the 2013 Phoenix Film Festival. 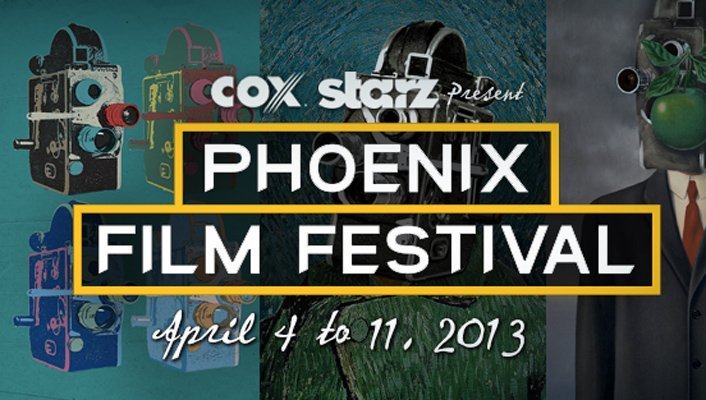 The Phoenix Film Festival is preparing for its 13th annual run, kicking off on Thursday, April 4th, and continuing through April 11th. With more than 150 film screenings throughout the 8-day extravaganza, film enthusiasts won’t want to miss out on this opportunity to experience some of the best foreign and independent films of the year.

Staff members from The Nerd Repository will be on hand to screen a number of selections from the festival – here are the five films that we’re most looking forward to:

Kip Desmond has gotten everything he’s ever wanted: a thriving career, beautiful wife, and an affluent lifestyle, all of which is put in jeopardy when Abby, the waitress with whom he’s having a casual fling, is accidentally killed. Desperate, he ends up on the doorstep of childhood friend Marvin Croat and asks him for a huge favor: help get rid of the body. This gruesome circumstance begins a series of events which unravel Kip and Marvin’s lifelong friendship, leading both men to murderous acts neither had ever suspected themselves capable of.

Director Paul Osborne is no stranger to the festival circuit (a fact which is chronicled in his excellent documentary, Official Rejection), but he’s hoping to have a big impact this year. Speaking exclusively with The Nerd Repository, Osborne had this to say:

“The Phoenix Film Festival has been staggeringly important for our last two movies, so it’s incredibly gratifying to premiere FAVOR there. And I think we’re going to be able to present them something very dark and different with FAVOR… something you definitely don’t normally get to see at the local multiplex.”

We’re also pleased to announce the premiere of the new trailer for Favor, which you can check out right here.

Always one step ahead of the Feds, Paul Boxer is the most inventive and principled smuggler in the trade, and has never needed to carry a gun. When violent mid-level traffickers coerce him into designing a foolproof plan to bring several kilos of cocaine across the México border, he maneuvers to rid himself of their hold over him once and for all. But when a sharp-witted woman from his past enlists his help to escape this rival outfit, Paul must confront the man that is hunting him down, and choose between his livelihood as a smuggler and his integrity as a man.

We brought you the trailer for the Kickstarter-funded Down and Dangerous when it debuted last month, and with plenty of positive buzz surrounding it, we’re anxious to see if it can live up to the hype. The project holds special meaning for director Zak Forsman, having been inspired by events in his father’s life:

“From 1970 to 1972, my father had a brief career in the cocaine trade as an independent smuggler that was documented in the best-selling book, Snowblind. The creative methods he used to pull off a dozen scams from South America were so ingenious that the person carrying the load always had a way out – they could walk away free and clear if the cocaine was discovered at Customs.  He was uniquely principled for this line of work and always put people first. While Down and Dangerous is not an adaptation, it’s his adventures and life lessons that serve as the creative spark behind this new movie. And it’s certainly no coincidence that the acronym for Down and Dangerous is DAD.”

Premiering to rave reviews at the 2013 Sundance Film Festival, The Kings of Summer is a unique coming-of-age comedy about three teenage friends – Joe (Nick Robinson), Patrick (Gabriel Basso) and the eccentric and unpredictable Biaggio (Moises Arias) – who, in the ultimate act of independence, decide to spend their summer building a house in the woods and living off the land. Free from their parents’ rules, their idyllic summer quickly becomes a test of friendship as each boy learns to appreciate the fact that family – whether it is the one you’re born into or the one you create – is something you can’t run away from.

Franky is stuck in a directionless rut of cold isolation. He lives in a hauntingly bare apartment and works a dead-end job. As a uniquely spirited young man in constant pursuit of romance, Franky attempts to navigate the mercilessly harsh world of dating. There’s just one caveat: he suffers from schizophrenia and recently decided to liberate himself from his medication. After losing his job because of his illness, things take a tragically funny turn for the not-so-good. When he finds a genuine connection with Alex, he inadvertently sets on a path towards self-actualization. Franky searches to uncover the truths about his family’s past in hopes to bring him peace and clarity. However, what he finds may in fact cloud his reality further.

Luke, 25, is autistic and has lived a sheltered life with his grandparents. But his world is turned upside down when his grandmother dies and he is forced to live with his dysfunctional relatives who have no patience for him or his senile grandfather, who they quickly force into a nursing home. Luke is left with his grandfather’s final semi-coherent words: “Get a job. Find a girl. Live your own life. Be a man!” For the first time in his life, Luke has a mission. He is about to embark on a quest.