REVIEW – Great cast still isn’t worth the price of ‘Admission.’ 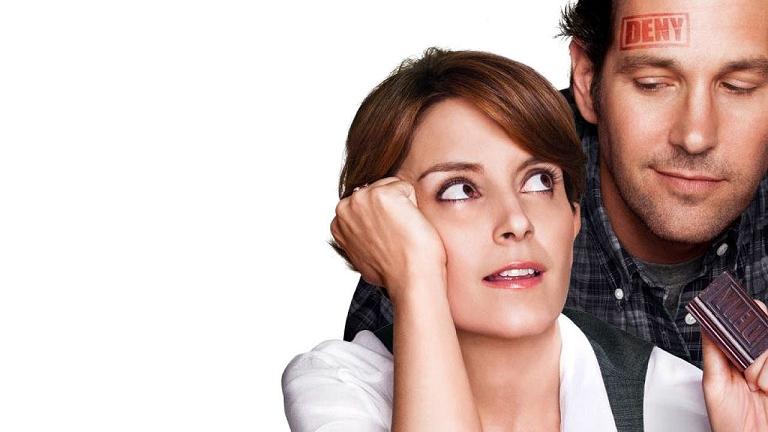 Admission seemed like a pretty safe bet, judging by the talented cast and the quirky setting in the world of high class college admissions. Most would be hard-pressed to find a moviegoer who doesn’t like either Tina Fey or Paul Rudd (or both), but as you might have guessed by my tone, you are about to find out why none of these things matter. While my tone was pretty clear, Admissions has a lot more issues with it, and script problems end up dooming what could have been a pretty enjoyable film.

Admission tries to walk the line between comedy, romance and drama so often in the film that everything comes across clunky and erratic. As admissions officer Portia Nathan, Tina Fey is given more dramatic scenes than we’ve ever seen from the talented actress, and she handles them all pretty well, but unfortunately they don’t have any real emotional payoff due to the lack of character development. Scenes hop genres, from a dreadfully unfunny cow birth scene, to Paul Rudd’s character John ineptly hitting on Portia, to Portia having painful personal breakdowns about her past. Rather than concentrate on developing the actual personalities within the film, Admission decides to pander to every facet of the cast’s talented abilities, creating a weird inconsistency with the character’s motivations and the decisions they make.

Tina Fey is clearly the focus of the film, and rightfully so, but the rest of the cast does their best to work with what little the script gives them. As much as I enjoy Paul Rudd in most things, its clear in some films he’s going through the motions because the material doesn’t inspire him, and his middle-of-the-road performance here definitely smells of that, feeling one step short of being phoned-in. In contrast, Lily Tomlin is fresh, youthful, strong and quite funny as Portia’s feminist mother. It’s a role that could have come across as coarse and unlikable, but Tomlin makes it her own. Michael Sheen is foppish and hilarious as Portia’s spineless ex-boyfriend and for me gets the biggest laughs of the film that were not already given away in the marketing.

Audiences will probably be disappointed with this missed opportunity, not least because of the wasted potential. The comedy elements are barely memorable, the romance is almost non-existent and the drama is forced and out-of-place. The blame falls squarely on the creative team behind the film, because the cast leaves it all up on the screen, but at the end of the day it’s just not enough.

The supporting cast. Tina Fey. Unique setting in the world of Princeton admissions.

Pretty much everything else. The script. The direction. Lack of commitment to any tone. Paul Rudd off his game.

The lovable cast doesn’t make up for the sloppy direction and uneven script that combine to be not that funny, romantic or dramatic.

TV Review: ‘Living with Yourself’