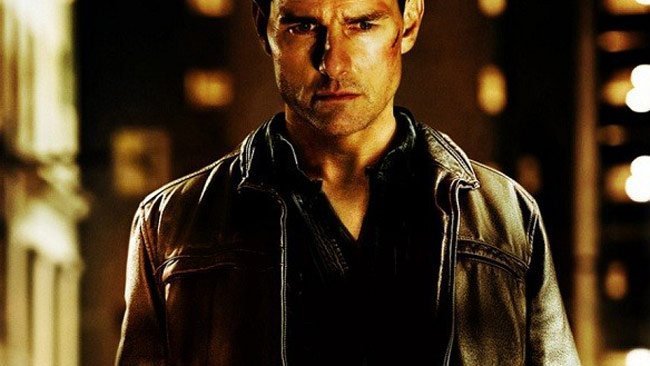 There are many lines of Tom Clancy-style political military fiction that you can pick up at any airport bookstore or newspaper stand around the country, and one of these long-running franchises is the Jack Reacher series by British writer Lee Childs. Not quite a household name, but there’s a vocal fanbase out there for the series, and the former military policeman gets his chance on the big screen with Tom Cruise stepping in to bring the enigmatic drifter to life. Despite a mild fan revolt at the casting news, Tom Cruise is excellent as his own version of Jack Reacher brings swagger to this taut, slick action thriller, deftly balancing humor within an intriguing mystery.

One thing that moviegoers should be aware of, in light of the recent events in Connecticut, is that the opening sequence of the film, along with a few other scenes, might be a little too much for audiences still haunted by the tragedy. A gunman coldly and disturbingly takes out seemingly random people walking on the water’s edge in downtown Pittsburgh during a normal business day – one of which is protecting a young child from the gunfire. I understand this is escapist entertainment and unrelated to the real life tragedy, but I could feel the audience was a bit uncomfortable in my screening, and that will most likely carry over into a lot of theaters upon its release so close to the recent events.

But judging the film as just that, a film and nothing else, one aspect that makes Jack Reacher just a little more special than your average thriller is the crisp screenplay and direction by Christopher McQuarrie (The Usual Suspects). Things are grounded and realistic, and the players behave and interact with a fun yet authentic quality that adds a little more dimension to the many stock characters that inhabit this world. But most surprising is the humor throughout the film, masterfully delivered by Tom Cruise in a very dry, almost British manner, a likely influence of the author. Just when you think the movie is going too dark, you find yourself in a well-written, understated comedic scene that breathes much-needed release to the ever-building tension.

McQuarrie also makes some nice choices with his action sequences, leaving many of them without a musical score of any kind, which brings a layer of rawness and reality to them, especially the almost throwback-style car chase scene through the alleys of Pittsburgh, with the only sound being the roar of coming from Reacher’s badass stolen red Chevy Chevelle as it rumbles through tight fits while evading the police. The hand-to-hand fight sequences are also soundless and fairly well-choreographed, but a felt a little too short and derivative of other films like the Bourne series. Most of the action is used sparingly but effectively throughout, building to a finale that ends up being satisfying, if not a bit underwhelming. In addition, Jack Reacher achieves a rare feat in Hollywood by making a major action-thriller with nary a noticeable computer-generated special effect to be found in the film.

The supporting cast is also quite good, with some reliable vets and newer faces filling out the roles. Rosamund Pike is warm and quick on her feet as the attorney set to defend the accused veteran connected with Reacher, and Pike avoids many of the traps of playing the female companion in these types of thrillers. Richard Jenkins is reliably great as her D.A. father, whom unfortunately falls under the “underdeveloped” column, while Robert Duvall predictably steals the show and instantly rekindles his Days of Thunder chemistry with Cruise as another vet who owns the gun range where the film’s central gunman practiced. The heavy of the film known only as “The Zec” (translated to “prisoner”) is also frustratingly vague in how his motivations and character are written, but is still played with creepy menace by Werner Herzog.

Jack Reacher is one of Tom Cruise’s more understated major releases in awhile, but is a refreshing character for the star. The role allows him to showcase his comedic timing while not taking it over the top and also allowing him to go to darker places than many of Cruise’s hero roles normally take him. The action scenes are quick and well-timed, using mostly practical stunts and leaving you wanting a little bit more after each one. With the exception of some unclear motives and underwritten supporting characters, the screenplay is very tight and expertly balances the tension, action and humor. Cruise continues his late career resurgence hot streak with Jack Reacher, a surprisingly restrained action-thriller that is a welcome change of pace from the current overblown spectacles common at the box office today.

Movie Review: ‘I Care a Lot’