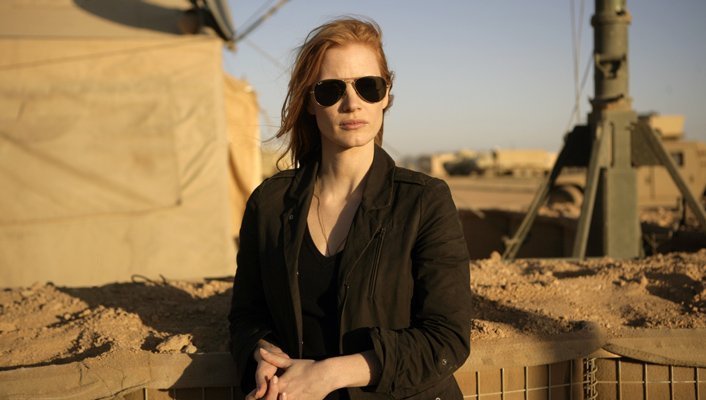 Zero Dark Thirty, a chronicle of the decade-long search for (and subsequent assassination of) al-Qaeda terrorist leader Osama bin Laden, arrives in theaters this week amidst controversial claims that the film adopts a “pro-torture” stance.  Several government officials have spoken out against the film, calling its version of events “grossly inaccurate and misleading,” and insisting that director Kathryn Bigelow’s follow-up to The Hurt Locker incorrectly hypothesizes that brutal interrogation tactics led to the discovery of bin Laden’s location.

The fact of the matter is that, while Zero Dark Thirty certainly doesn’t shy away from the techniques used against detainees in the wake of September 11, 2001 – techniques that include beatings, sleep deprivation, and waterboarding – it neither condemns nor condones these actions. In fact, one of the most crucial pieces of information collected by CIA interrogators comes not after displaying cruelty, but after offering kindness and compassion to a detainee.

Unfolding over the course of nearly ten years, the film centers around determined CIA investigator Maya (Jessica Chastain), whose refusal to believe that bin Laden has fled into the mountains sets her apart from nearly every one of her colleagues. Maya is convinced that the only way to track down the terrorist leader is to locate his personal courier, a mysterious figure that may not even exist, and she continues the search long after the trail goes cold.

Her determination eventually pays off, setting into motion events that will eventually lead to a raid on a large compound on the outskirts of Abbottabad – if she can get past the red tape and bureaucracy that stands between her and the operation’s approval. Joel Edgerton and Chris Pratt anchor the final hour of the film as members of the Navy SEAL team responsible for the mission, which plays out in a 30-minute sequence that should leave every audience member with sweaty palms and fingernails chewed down to the quick.

Zero Dark Thirty is a portrait of a woman playing a man’s game, recognizing the advantages of using intelligence over brutality, and refusing to stand down in the face of adversity. Chastain gives a riveting, emotional performance next to a stellar supporting cast that includes Jason Clarke, Kyle Chandler, Mark Strong and James Gandolfini, and she outshines every single one of them. It’s a career-defining role in one of the best films of the past year, and it’s not to be missed.