REVIEW – ‘Seeking a Friend For the End of the World.’ 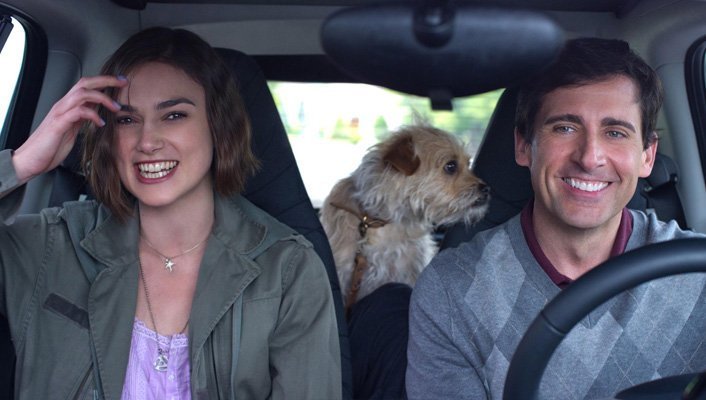 The world is ending, and not in a metaphorical sense. A 70-mile-wide asteroid is barreling toward Earth, and with no way to prevent the impact, its imminent arrival marks the final days of life on the planet. Panic has begun to set in, society has broken down, and everyone is preparing for the end.

Dodge (Steve Carell) reflects on a life that he’s wasted, always playing it safe and never taking any chances. Abandoned by his wife and faced with the possibility of being alone during the last hours of his existence, Dodge sets out on a journey to reunite with his high school sweetheart. Along for the ride is Penny (Keira Knightley), the adventurous and free-spirited downstairs neighbor who longs for an opportunity to see her family one last time. Thrown together by circumstance, the two unlikely companions find much more than they bargained for, and their connection is both beautiful and heartbreaking as we realize how limited their time together will be.

Seeking a Friend For the End of the World is the directorial debut of screenwriter Lorene Scafaria, best known for penning the hipster rom-com Nick & Norah’s Infinite Playlist. Despite her inexperience, Scafaria handles the weighty subject matter like a seasoned pro, wisely avoiding genre conventions and repeatedly throwing narrative curveballs at the audience.

The screenplay is packed with wry humor and touching moments of humanity, brought to life by career-high performances from the two leads. Knightley shines as the pseudo-Bohemian extrovert masking her insecurities, and Carell wanders through familiar territory as a weary middle-aged schlub that yearns for a better life, but the best moments come when both performers venture outside their comfort zones, which they do fearlessly and frequently.

Poignant, darkly comedic and tragically bittersweet, Seeking a Friend For the End of the World is everything that typical summer movies are not. Watching two people form such a heartwarming bond in the face of certain doom gives us hope, and knowing that there’s no possibility of a happy ending doesn’t seem to matter, because in this case, it’s all about the journey.