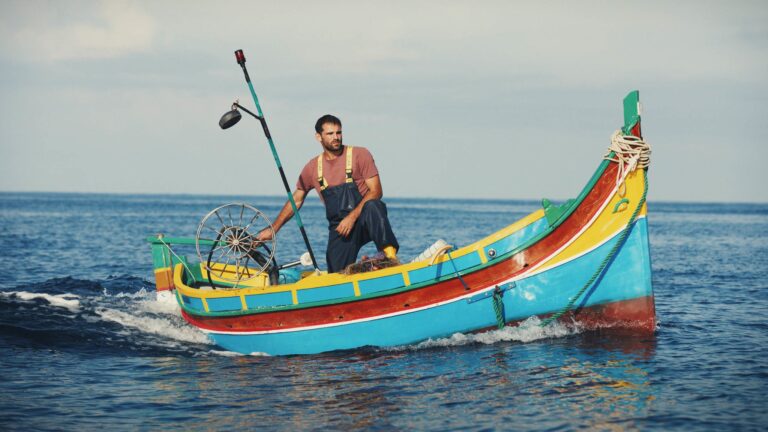 As the 2021 Sundance Film Festival begins winding down, with several films getting picked up for distribution — including CODA, which set a new record for most expensive Sundance purchase — we’re wrapping up our coverage with a few more quick impressions.

As with any year, there were far more films that we hoped to catch than we actually found time for, but here’s hoping everything we missed will land distribution deals in the near future. For now, check out our remaining 2021 Sundance coverage below.

After a violent encounter with an abusive partner, Marian (Alessandra Mesa) flees to the only refuge she can think: her identical twin sister, Vivian (Ani Mesa), whom she hasn’t seen in six years. Although the unexpected visitor throws Vivian’s housewife routine — gardening, grocery shopping, and having scheduled sex with dorky husband Mike (Jake Hoffmann) — into disarray, Marian’s arrival isn’t exactly unwelcome.

When she picks up a minimum wage job at the local ice cream shop to make a few bucks, Marian suggest that she and Vivian trade places for a day: she’ll handle the household chores (and hopefully work on some new songs for the punk band she fronts), and Vivian can shake herself out of the funk she’s been mired in by getting out in the world — and it’s not like the 16-year-old stoner who manages the shop will notice the difference. The idea goes over so well that both women decide to keep up the charade for a few more days, and Vivian finds the allure of her wayward sister’s lifestyle more and more inviting, even as it threatens to put her in harm’s way.

While many filmmakers expand their short films into feature-length projects, director Erin Vassilopoulos takes a different approach here: Superior isn’t an adaptation, but rather a continuation of her identically titled 2015 short, which also screened at Sundance. The overall premise is interesting, especially as Marian and Vivian begin to adopt each other’s personality traits and it becomes increasingly difficult to discern which character we’re actually watching. Likewise, the 80s retro production design pairs nicely with the decision to shoot in 16mm, and the film looks like something you might find on a video rental shelf during the VHS era. But the glacial pacing prevents Superior from building momentum, and the climax — which is telegraphed almost as soon as Marian arrives on Vivian’s doorstep — feels flat and uninspired.

A Glitch in the Matrix
Directed by Rodney Ascher

The idea that we’re all living in a hyper-advanced computer simulation isn’t exactly new — in fact, Rodney Ascher’s documentary A Glitch in the Matrix is front-loaded with footage of celebrated sci-fi author Philip K. Dick espousing his belief in simulation theory to a flabbergasted audience during a mid-70s lecture. But after the cultural phenomenon of The Matrix, the idea began to take root more firmly, and has been discussed by personalities like Neil deGrasse Tyson and Elon Musk.

Ascher’s documentary proves an unsatisfactory exploration of the theory, devoting far too much time to a handful of talking heads — their identities obscured by computer-animated avatars — whose beliefs all seem to hinge on fairly mundane circumstances. There’s not much in the way of academic or intellectual discussion here, just a cacophony of anecdotes and coincidences, intercut with footage from various films and video games, none of it carrying any weight.

The film also dedicates a considerable portion of its latter half to a telephone interview with Joshua Cooke, the Virginia man who murdered his parents with a shotgun after becoming obsessed with The Matrix. Set to footage of a computer-generated environment meant to evoke the home where the killings took place, Cooke’s chilling, matter-of-fact recounting of the crime isn’t enlightening — it’s horrifying, and its inclusion here feels incredibly distasteful.

As the fishing industry in Malta becomes strained under EU regulations and industrial trawlers haul in most of the daily catch, independent anglers like Jesmark (Jesmark Scicluna) — who spends his days on the water in a traditional, brightly painted vessel called a luzzu — are struggling to survive. Passed down through the generations, Jesmark’s luzzu is one of his only remaining links to his heritage, and when it springs a leak, he finds himself shorebound until he can afford the repairs.

With medical bills piling up for his infant child and growing pressure from his wife (Michela Farrugia) and her family to give up the sea and find a new trade, Jesmark turns to a black market fishing operation to make ends meet, stealing onto the ocean late at night with a shifty companion (Uday Maclean). But even the excess income he receives from sabotaging the gear of rival fisherman or trafficking in out-of-season product may not be enough to stave off the gradual evaporation of Jesmark’s way of life.

Shot on location in Malta and using a cast of mostly non-professional actors — including casting an actual Maltese fisherman in the leading role — director Alex Camilleri paints a somber tale of tradition being slowly snuffed out by the unstoppable march of progress. Its languid pace and naturalistic style may not work for all viewers, but there’s a mournful sort of beauty here, if you’re willing to look for it.