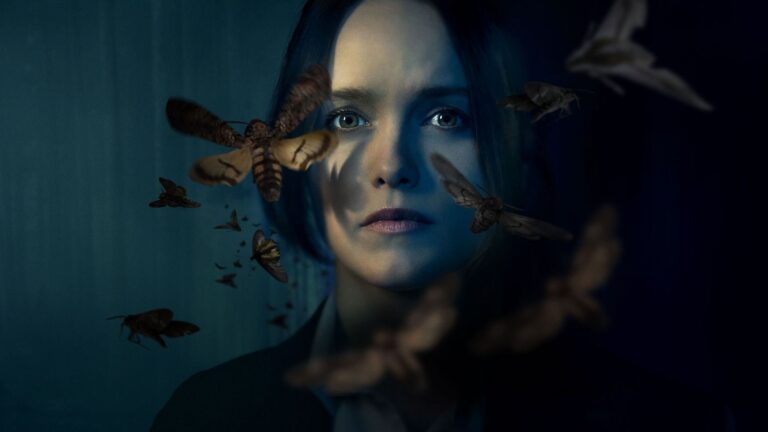 Clarice Starling, the protagonist of Silence of the Lambs, had to play second fiddle to her larger-than-life mental adversary Dr. Hannibal Lecter in all previous film and TV incarnations — until now. CBS’s new suspense thriller Clarice chronicles the career of the FBI agent following the trauma she suffered at the hands of both Dr. Lecter and the psychotic Buffalo Bill in this slow burn sequel series.

The first episode, aptly named The Silence is Over, picks up one year after Clarice saved Catherine Martin from the clutches of the lotion loving Buffalo Bill. Catherine’s mother Ruth (Jayne Atkinson) is now Attorney General and looking to pull Agent Starling back into the public eye by recruiting her to help the Violent Criminal Apprehension Program (VICAP) in investigating three potential serial killings.

The creative team makes some savvy choices in the handling of the psychological damage inflicted on Clarice from the events of Silence of the Lambs. There’s no re-hashing of the infamous Dr. Lecter for the umpteenth time: instead, Clarice fixates on Buffalo Bill as the source of her anxiety and trauma. This frees up the series’ narrative, while also allowing it to avoid stepping on the toes of Bryan Fuller’s brilliant Hannibal series. Using the memory of Bill as Clarice’s unseen mental boogeyman also makes for creepy, trippy True Detective-style imagery throughout the early episodes with Bill’s iconic death’s-head hawkmoth motif front and center.

Tone and visual style are a key element of what keeps this show from being too safe or bland to stand out on network television. Things never get notably gory, but there is a feeling of unease and pending dread that really adds to the suspense when events begin to pickup in The Silence is Over. The episode — and the show overall — never reaches the greatness of the obvious True Detective inspiration or even more boldly, the original Silence of the Lambs film, but still admirably scratches that noir itch.

Rebecca Breeds (Pretty Little Liars) is quite good in the lead role, bringing much of the intelligence and vulnerability that allowed Jodie Foster’s turn as Clarice to win her an Oscar. Breeds even brings along Foster’s overly heavy southern accent, for better or worse. The actress also develops an entertaining, if not a bit predictable, dynamic with Michael Cudlitz (The Walking Dead) as her prickly VICAP boss Paul Krendler. Kal Penn is also notably part of the cast as VICAP agent Emin Grigoryan, but the series gives the character a very limited role in the early episodes.

A definite downside to the series is the lack of a menacing villain figure for the over-arcing story, despite being the normal selling point of the franchise. VICAP and Starling are mostly just chasing conspiracy ghosts in the first three episodes rather than a Bill or Lecter. This may be completely normal within regular FBI job parameters and casework, but this Starling is just a Batman without a Joker for now.

Beyond the first episode, the follow-up installment Ghosts of Highway 20 feels like the most accurate representation of what the formula could possibly be for the overall series. The suspenseful, fairly well-executed episode involving a fringe military group in a Waco, TX type of standoff is good, but not great, and settles too comfortably into a case-of-the-week procedural structure. The last thing television needs is another generic law enforcement drama, albeit this one is moody and slick with a rich backstory already in place.