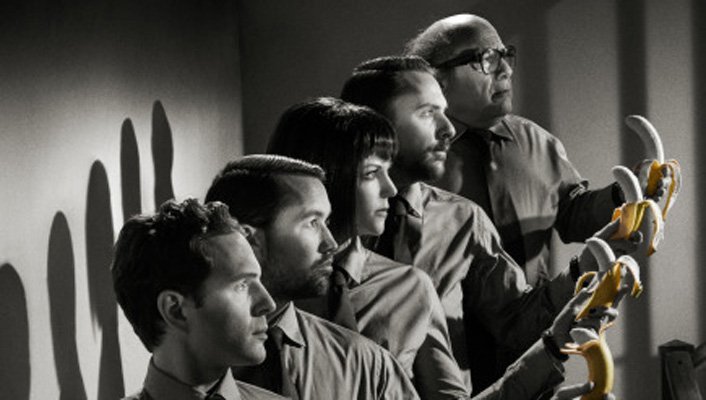 It’s Always Sunny in Philadelphia has a very particular brand of comedy, derived from its characters (none of which are anywhere close to being decent human beings) saying and doing terrible things to each other in order to generate laughs amongst themselves. For years, Sweet Dee (Kaitlin Olson) has been the primary target of ridicule and distaste, and as the show returns for a seventh season on its new network, she appears to have finally been beaten into submission.

Concerned that she no longer has the will to fight back, the gang takes a two-pronged approach to her rehabilitation: Dennis (Glenn Howerton) attempts to find a suitable lover for his sister, while Charlie (Charlie Day), Mac (Rob McElhenney) and Frank (Danny DeVito) convince Dee to try out for Open Mic Night at a local comedy club. What they don’t expect, however, is for Dee’s depression to somehow translate into comedy gold, and for her career to suddenly skyrocket.

The jokes are just as uncomfortable as ever, and the cast continues to commit themselves fully to the onscreen depravity, but something just didn’t quite click for me. Perhaps it’s because an event that occurs in the final scene, which was no doubt written as a huge comedic payoff, instead comes across as incredibly insensitive and mean-spirited – even for this show. We’ve seen The Gang do some truly awful things to each other, but this one may have raised the bar (or lowered it, depending on how you look at it).

It’s Always Sunny in Philadelphia will likely continue to appeal to its audience, but the final few moments of the season premiere robbed the episode of its greatness. Here’s hoping things get back on track next week.