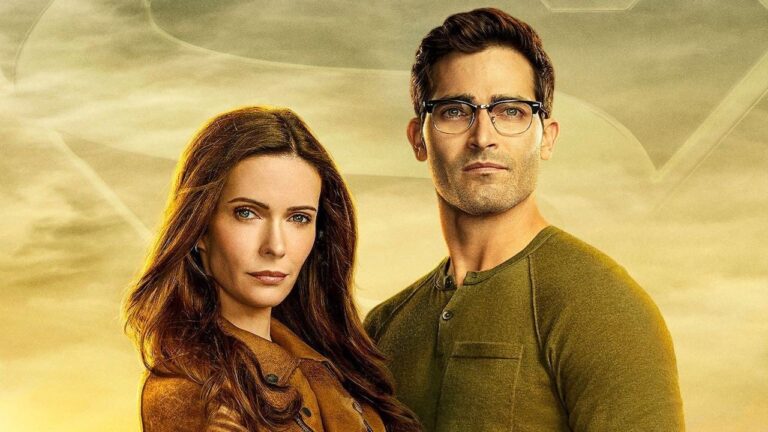 Look! Up in the sky! It’s a bird! It’s a plane! It’s Superman & Lois? On a farm with two teenage sons? Huh? That’s indeed the unique premise of The CW’s return to the Arrowverse (sort of) as this attempt to bring the Man of Steel back to the small screen succeeds in ways that even a devout Superman fan like myself would not have expected.

Set after the CW Arrowverse’s Crisis on Infinite Earths (but making no concrete reference to it), husband and father Clark Kent (Tyler Hoechlin) finds himself deep into his career as Superman, yet also seeing the end of he and his wife Lois’ (Elizabeth Tulloch) careers as journalists at the Daily Planet. Making matters more complicated, the Kents have twin teenage boys that could display emerging superpowers at any moment, and they don’t even know their father is the Man of Steel.

Heartfelt, emotional and impressively cinematic, Superman & Lois has all the grounded, difficult nuances in place that make for a great Superman story. Tonally very different from the other CW DC shows, the premise itself is refreshing, opting not to adapt pre-existing storylines from the comics like sister-show Supergirl. Instead, showrunner Todd Helbing (The Flash) forges ahead to uncharted territory with an intimate family tale from an angle never attempted before within this mythos, crafted with story help from EP Greg Berlanti.

Whether you grew up with Christopher Reeve in Superman: The Movie or Tom Welling on Smallville, there is just something comforting and nostalgic about seeing Clark Kent face adversity while trying to make ends meet on the farm. Superman & Lois very much pulls at the same heartstrings as that emotional first hour of Richard Donner’s 1978 classic film and there might be some cheers and misty eyed Superman fans at the end of a stellar early montage in this episode. Being an intense fan of the characters, I purposely went into the series with a heaping helping of cynism, but continued to have my expectations defied by the presentation and storytelling.

Any apprehensive viewers turned off to the Kents having teenage sons (like myself) need not worry: Jonathan (Jordan Elsass) and Jordan (Alexander Garfin) Kent are wonderful, complex characters played with terrific brotherly chemistry by the talented young actors. In fact, without the complicated relationship of Jonathan’s above-average athletic talent and swagger contrasting thoughtful Jordan’s diagnosis with severe anxiety, Superman & Lois would be just another superhero show. Seeing Clark and Lois grapple with their big secrets and the decisions they have to make while raising their boys unaware of their heritage is gripping stuff.

Elizabeth Tulloch’s Lois Lane is the unsung hero of the pilot episode, with the intrepid reporter being better written than any recent live-action Lois Lane, and beautifully portrayed by the Grimm actress. Tulloch embodies the perfect married life Lois: the strong, determined, better half of Clark, always there to set him back on the right path — and not there to fall out of Metropolis windows for Superman to save. Lois can also still sniff out a story anywhere, and when Clark’s old flame Lana Lang (Entourage‘s Emmanuelle Chriqui) brings them some unexpected news about the Kent farm, Lois is the only one to suspect something seems off.

Hoechlin has also never been better in the role with the upgraded Henry Cavill-inspired Superman suit going a long way in adding to the big budget look and feel of the show. The actor’s duality between Clark and Superman hits a terrific balance that differentiates the two, but refrains from making Clark a bumbling goof. Hoechlin’s Superman has a hopeful demeanor and even smiles while on the job, displaying the hero as the positive role model the character represents within the DC Universe.

Superman and Lois’ father, General Lane (Nip/Tuck‘s Dylan Walsh), have some super-villain business to attend to throughout the pilot that occurs alongside the unexpected need for the family to return to Smallville. A mysterious stranger (Wolé Parks) seems behind multiple nuclear reactor attacks to get Superman’s attention, finding Superman and General Lane doing detective work for most of the episode with the majority of the super-action saved for the episode’s finale.

While the series is mostly a gripping family drama with a side of Superman, the moments with the flights and tights are exciting and look incredible for a television budget when they do come around. The lack of overall action may disappoint some viewers wanting a bigger scale for a live-action Superman show, but Superman & Lois provides the goods whenever scenes allow the Man of Steel to be unleashed.

The two-hour premiere loses its pace somewhat in the back half, before rallying for an emotionally satisfying conclusion for all members of the Kent family. The basics of the episode-ending cliffhanger are easy to see coming, but the details surrounding it will be intriguing to see unfold while still setting things up nicely going forward.

Superman & Lois premieres Tuesday, February 23 at 8:00 pm ET with a two-hour premiere event on The CW.