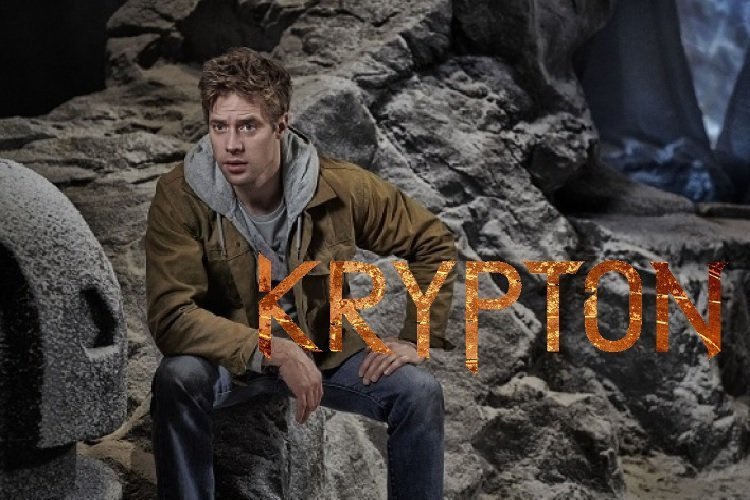 Nerd Repository joined a group of reporters to chat with the cast and creative team at this year’s WonderCon to get a deeper look into what is coming in the first season. We chatted with Adam Strange himself, who is played by Shaun Sipos, as Adam comes to Krypton to warn Seg-El (Cameron Cuffe) of the threat that is coming: Brainiac. Throughout the interview, Sipos talked about taking on this iconic role and what Adam’s future looks like from a DC Comics perspective and more.

Whether this version of Adam Strange has gone through some of the big arcs in the comics, like going to Rann or Thanagar:

“I will say that he’s been to Rann. In terms of Thanagar at this point, it’s a really good question. I don’t know if he’s been there but I think you know that’s in the realm of possibility. That opens the door to a lot.”

What Adam’s mission is at this point as he has come from the future to find Seg in Krypton’s past:

“Well, his mission is to save Superman. And that has sort of a two-pronged meaning for him. One is he is very altruistic. And noble which is to save Superman which in turn means that he’s saving the entire world and also the universe and subsequent galaxies. But also Adam has personal reasons for doing that, what he wants to be recognized and he wants to be somebody, he wants to be a superhero who wants to be part of the Justice League. He wants to play in that ballpark. When you meet him, he’s at the very, very beginning. He’s just responded to the call to adventure. So he is right at the beginning of his hero’s journey and along with that comes a lot of doubts. And so you get to go on that journey with him which I, you know, ‘Can I be what I want to be. Am I meant to do it or am I going to be a failure?’ Which I think everybody experiences, anyone that’s trying to do anything great and be a master of what they do, you know, be the face of their field so to speak, does grapple with those voices like. And that’s where you meet Adam.”

When researching the character, what was the thing that appealed to him the most about Adam Strange:

“Initially, I think it was his pain. He wasn’t very close to his dad. He lost his mom. He never really felt like he fit in. Which is why he adopts Krypton. And he adopts Rann in the comics. He’s very similar to Superman in that sense. Any similar to Seg in that sense you know, Seg feels ostracized. You know, he loses his parents. So that’s familiar to him. And that’s what I connected with. And then of course that, at a point, he can fly! So we touch on both of them. Flying and teleportation. We know that Adam will be able to fly and he can teleport. That to me is the coolest thing. You can do everything with that. So finding that out when you get this role – I don’t want to swear so – but it’s cool.”

How it is for him to play “the alien” on a show like Krypton:

“Well yeah, Adam is the alien. And he’s also our eyes and you’re right he’s, you know, I think that we connect to because he’s a human being and he’s representing Superman. In terms of playing being an alien or being alienated, not fitting in, I think that I’m not sure if there’s really a way to play that as opposed to for the writers to really write. And they did a fantastic job putting Adam out in situations that allow you to go ‘Oh he’s standing out. He’s not fitting in.’ You know, he is trying to figure out what their customs are, what they do. There are a lot of things in the show where we have a lot of Earth sayings that they just don’t respond to. And that’s, you know, it’s one of those things where, you know, I mean me as a kid growing up, I got to switch schools a bunch. And so, you feel very out of the water. You don’t feel like you fit and you know so that that was an easy, little painful, but an easy thing for me to access.”

Whether or not Adam is going to want to have a say in the women who are in Seg-El’s life:

“I think that I think that Adam is, you know, I think that would be far too speculative of a thing for him to do it. I think that Adam is there to preserve this timeline. And have everything happen organically and again, Adam only knows that Seg is Superman’s grandfather. He doesn’t know who his grandmother is. So I can’t really say ‘Don’t do this, don’t do that.’ So he’s just there to go ‘We need to make sure that he’s born.’

The fact that Adam knows that in 200 years from Krypton’s timeline, the planet is going to die and whether or not he will ever tell Seg about that dark future:

“You wouldn’t want to sit down and say your planet is going to explode in 200 years. And realistically, you know, as we know people who read comics know that on Krypton, they live up to 200 years. So it’d be much the equivalent to be like ‘Hey, in 20 years, the whole planet can blow up!’ Whoa, that’s pretty soon. So that’s the kind of weight it has. In terms of does he tell Seg that? You know the audience will have to watch because that is the thing that’s dangling over his head because what if Seg finds out, is he going to flip out about this? Well it’s, you know, it’s a precarious place that Adam is in. He has a lot of knowledge. He knows a lot of things, but he has to be very careful about what he reveals. Otherwise, he could have set up, you know, the chain of events that you can’t undo.”

Whether or not there is another time traveler in pop culture that Shaun drew inspiration from for his portrayal of Adam Strange such as Marty McFly or Kyle Reese:

“Yeah Kyle Reese, yeah I did look at that. It was, you know I looked at him and I think that he’s a fantastic actor. But I did look at him and how he responded when he would be teleporting and landing, how that affected his body. How disoriented he was about it. So I did. I did look to that.”

Whether or not we will see Adam’s famous suit from the comic books in Krypton Season 1 or at least a tease:

“Perhaps…perhaps! I know you hate that answer. Perhaps, but I will say that you get to see Earth. You get to see, where Adam is from.”

From what episode is Shaun’s personal favorite for Adam:

Whether or not Krypton will, like Smallville where Jor-El did come to Earth at some point, by having Adam bring Seg-El to Earth: