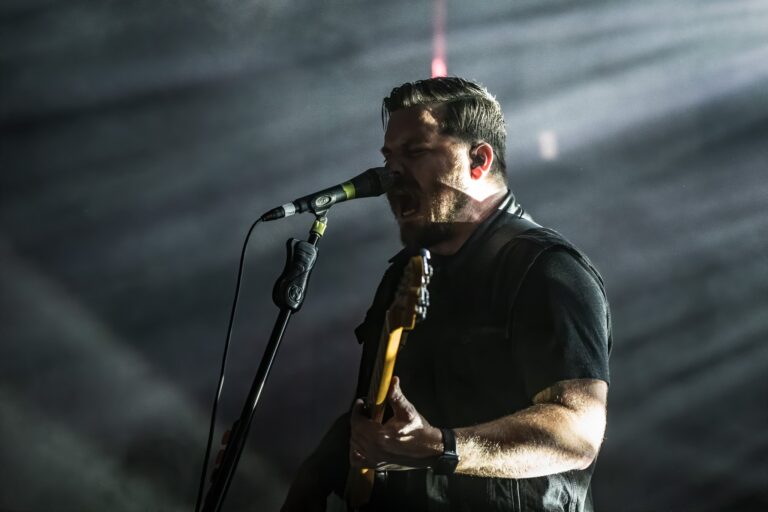 TEMPE — Just six months after their appearance at the Rockstar Disrupt Festival, Thrice returned to the Valley of the Sun on Monday for an intimate set at the Marquee Theater. Celebrating the 15th anniversary of their landmark release Vheissu, the evening found the band performing that record in its entirety, along with B-sides from the same era and a handful of other selections.

With the exception of a cursory “We’re Thrice, and this is Vheissu,” at the beginning of their set, Kensrue barely addressed the crowd at all, clearly preferring to allow the music to speak for itself. And it did precisely that: from the anthemic chorus of Vheissu‘s opening track, “Image of the Invisible,” to the somber, chain gang-inspired chanting of “The Earth Will Shake,” to the electronica-influenced ballad “Red Sky,” Thrice offered a note-perfect recreation of their most celebrated album.

As the Vheissu 15th anniversary tour enters its final leg, Thrice will head to San Diego tonight for a performance at The Observatory, followed by a stop in Las Vegas on Thursday before wrapping things up at The Novo in Los Angeles this Saturday. See below for the full gallery of photos from Thrice’s performance at the Marquee Theatre.