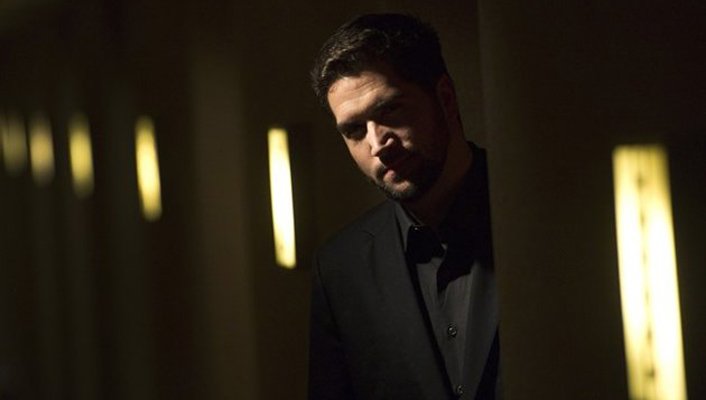 Drew Goddard has enjoyed a lengthy television writing career, with credits on Buffy the Vampire Slayer, Alias, and a critically acclaimed run on Lost. After collaborating with J.J. Abrams on found-footage sci-fi film Cloverfield, Goddard turned his attention toward the director’s chair. His first feature, The Cabin in the Woods, hits theaters on Friday, April 13th, and Goddard recently sat down with writers from The Nerd Repository to discuss the film’s long journey from script to screen.

The idea for Cabin was conceived when Goddard and his “partner in crime” Joss Whedon began brainstorming ideas for a new collaboration. “We’d done a lot of horror with Buffy, and we wanted to get back to there,” he explains. “We love horror movies, and we sort of set out to make the ultimate version that we knew how to make. The whole movie is sort of our love letter to the genre. I think [horror] gets you in touch with these primal instincts we all have. There’s nothing like a good rowdy horror movie, and I don’t know any other experience like it. I just want people to go out and enjoy it.”

[pullquote_right]There’s nothing like a good rowdy horror movie, and I don’t know any other experience like it.[/pullquote_right]”Take your date,” he continues with a chuckle. “My goal is to get you laid at the end of this.”

The Cabin in the Woods follows the exploits of five college students who journey to a remote cabin for a weekend of relaxation, and find themselves experiencing nightmarish levels of torment. As the film unfolds, it transitions effortlessly from devilish horror to outrageous comedy, ensuring that the audience never knows what to expect, and Goddard is quick to credit Whedon’s influence on the writing process.

“He’ll usually put all his cards on the table immediately,” Goddard says of his co-writer. “If you’ll notice, we start this movie and tell you almost all of the stuff we gave away in the trailer. A lot of the reveals in the first two minutes would be in the middle of most other movies, and that’s one of the things I love about working with Joss. He always says ‘no, the audience is smarter than that. Don’t play coy, just start putting stuff out there and it’ll force you, as a storyteller, to come up with new things.’ Which was certainly the case with Cabin.”

Because of the film’s unorthodox approach to the subject matter, Goddard and Whedon knew they would be met with skepticism when attempting to pitch the idea to a studio – so they didn’t bother, opting instead to put everything together without a development deal already in place.

“We wrote the script before we talked to anybody about it,” Goddard says. “We made the budget, we made the schedule, we came with all of that so we could go to a studio and say ‘Look, this isn’t gonna cost very much.’ If it was gonna cost a lot of money, they weren’t gonna let us get crazy. But because we could come to the studio with the whole package, we took it out, and everyone wanted it.”

[pullquote_left]We set out to make the ultimate horror movie. This is our love letter to the genre.[/pullquote_left]”Part of that was the lesson on Cloverfield,” he continues, citing the $25 million budget for the hugely successful sci-fi flick. “Cloverfield was so cheap, they let us go crazy. When you can make the studio comfortable that they’re gonna make money, they’ll let you do it.”

The film’s primary antagonists, and the driving force behind the misfortune that befalls its young stars, are played with sadistic glee by veteran actors Richard Jenkins and Bradley Whitford, who were Goddard’s original choices for the roles. “We wrote the parts for them,” he reveals, adding that Jenkins was the first person to receive a copy of the script. “We had them so clearly in our minds, and thank God they said yes, because I don’t know what we would’ve done.”

With a film that has so many tricks up its sleeve, Goddard is cautious not to reveal too much information, but admits that he may be fighting a losing battle. “In this day and age, the amount of energy you have to expend to keep something from leaking is tremendous,” he laments. “But it’s much more about protecting the people that don’t want to know, than blocking the people that do want to know. I feel like most people don’t want to know – they just want to know that it’s worth their time, and then they’ll go experience it for themselves. So I’m much more concerned about protecting them.”

MGM had originally scheduled The Cabin in the Woods for an early 2010 release, but was forced to put the film on hold due to ongoing financial woes which eventually led to the studio’s bankruptcy. The film was eventually acquired by Lionsgate, who are positioning the film to capitalize on the high profile release of The Avengers, with whom Cabin shares two big names: Joss Whedon, who also served as producer on Cabin in addition to co-writing the script, and star Chris Hemsworth, who most fans will recognize for his leading role in Thor.

“This may have been the best possible thing to ever happen to us,” Goddard says of the two-year delay. “We’re with a studio that loves us, and we’re coming out at a great time.”

“Plus,” he adds with a grin. “We have the God of Thunder in our movie.”