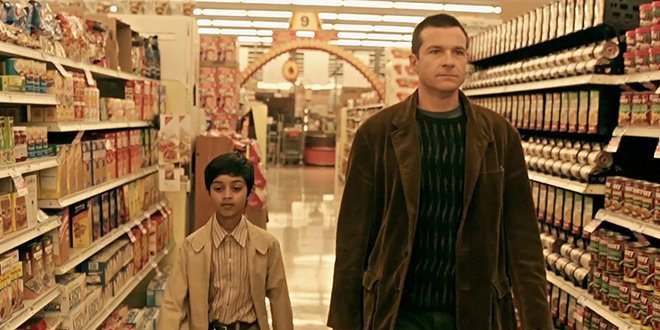 As viewers and fans, we’ve grown accustomed to seeing Jason Bateman in roles that basically boil down to “snarky nice guy.” Bad Words scraps the “nice guy” and dials the snark up to eleven, while slapping an R rating on the packaging. It’s essentially Billy Bob Thornton’s Bad Santa without the Santa suit on.

Bateman stars (in his directorial debut) as a man in his 40s who finds a loophole in the National Spelling Bee that allows him to compete against the legion of children trying to find their way to the top. His character is followed along the way by a reporter, portrayed by Kathryn Hahn, who is trying to get his side of the story and maybe find out a little more information than Bateman’s Guy Trilby is willing to produce for her. Trilby butts heads with the head honcho of the Bee, played expertly by Allison Janney, and befriends one of the young contestants along the way, despite being a complete scumbag.

To be honest, Bad Words is the best possible name for this film. At its best, it has all the same punch as dropping an F-bomb does when you’re 12 years old. When the insults fly and punchlines land, you’ll cringe for a second, then look around to see if everyone else is laughing with you. The movie is at times raucously funny, at times heartwarming, and unfortunately at times convoluted in its aim.

While Bateman did an outstanding job at his first time behind the cameras, the script itself leaves a lot to be desired. I feel like I say this too often in my reviews of movies, but Bad Words fails to really find one direction to go, and ends up scattered to the wind. It’s almost as if the script itself has ADHD. One moment you’re watching the spelling bee unfold as Bateman delivers quippy, brutal insults to children and adults alike. Then you’re bogged down in his character’s relationship with the reporter covering his trip to the top of Douche Mountain, then you end up with Guy Trilby’s bonding relationship with Chaitanya Chopra, a precocious Bee contestant. The plot bounces violently between those three topics and never figures out how to make the reporter plotline feel authentic to the rest of the film.

Overall, the movie is worth seeing. I wouldn’t rush out to see it in theaters, but go ahead and check it out when it comes out on DVD. Bring a few beers, a comfy couch, a handful of friends who chuckle at the word “queef,” and enjoy the ride.