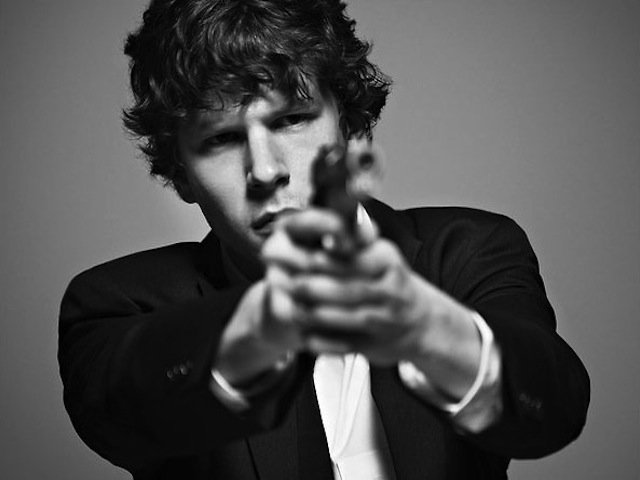 5.) Casting a lesser known, out-of-the-box choice for villains has a history of redefining the characters in a good way.

Yeah, I hate to be that guy, but Heath Ledger anyone? Alfred Molina as Doc Ock? Ian McKellan as Magneto? You get what I’m saying. Most of the time when the choice isn’t made on the actor’s name alone, there’s a very clear vision for the character and that’s a good thing.

4.) Jesse Eisenberg and his career are more flexible with showing up in multiple films than the other rumored actors (Joaquin Phoenix, Bryan Cranston etc.).

We don’t know the extent of Eisenberg’s deal, but wouldn’t it be awesome if Lex Luthor showed up in all the DC Cinematic Universe movies? Basically an evil version of Marvel’s Nick Fury? Bryan Cranston is way too busy for that and Joaquin Phoenix was never going to commit to that many films. It could happen, and that would be awesome.

3.) Physique does not make the villain.

Not to say Eisenberg isn’t fit, but he’s not exactly physically imposing, especially when put next to Henry Cavill. But isn’t that the point? For a smaller, weaker human to become possibly the greatest adversary of someone as powerful as the Man of Steel? Also, two words: Power. Suit.

2.) Something drastic was needed in order to distance this Lex from what’s been done with the character in the films before.

After Gene Hackman’s campy take on Lex and Kevin Spacey’s slightly darker (but still campy) homage to Hackman, it’s time to stop casting the well-liked veteran actors in the role and try something different. Man of Steel was all about cutting any possible ties to the Christopher Reeve and Bryan Singer films, so the last thing they needed to do was copy their casting model.

1.)  Jesse Eisenberg has made his career on playing the smartest man in the room (that is also kind of a dick).

With roles in The Social Network and Now You See Me both hinging on Eisenberg selling himself as a bona-fide genius, the guy is comfortable holding his own on intellect alone. His smarmy monologues in those films were dripping with poise, yet always retained just a hint of over-confidence. Picture this adjusted speech from The Social Network playing out instead as a dapper Lex Luthor preaches out his high-rise window to an annoyed, arms-crossed Superman.

I think if [my people] want to sit on my shoulders and call themselves tall, they have the right to give it a try – but there’s no requirement that I enjoy sitting here listening to people lie. You have part of my attention – you have the minimum amount. The rest of my attention is back at the offices of [LexCorp], where my colleagues and I are doing things that no one in this room, including and especially your [friend i.e. Batman], are intellectually or creatively capable of doing.

Fantasia 2019 Movie Review: ‘The Art of Self Defense’