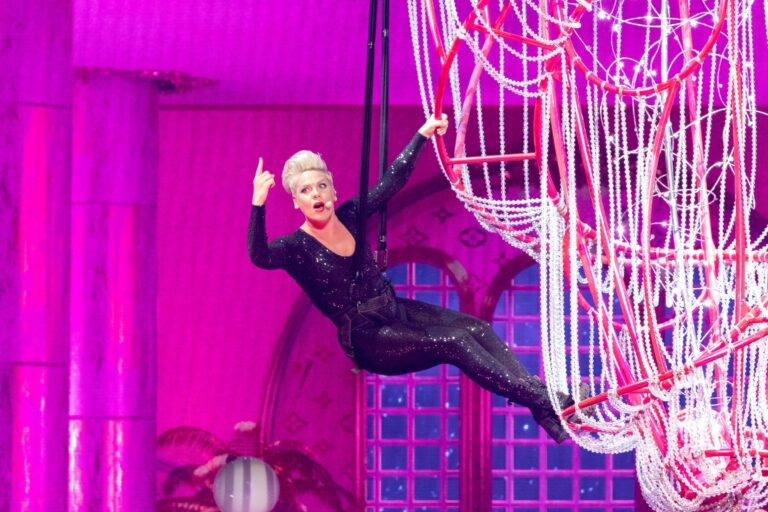 GLENDALE — As Pink hung from a giant chandelier high above the stage at Gila River Arena on Saturday, it must have felt like déjà vu for both the audience and the singer herself. It was just over a year ago when the Beautiful Trauma tour kicked off at Talking Stick Resort Arena in downtown Phoenix, and now here she was less than 15 miles away, performing for many of the same fans.

Not that anyone was objecting, of course: from the opening notes of “Get the Party Started,” the audience was on the hook, and each larger-than-life number was given a rapturous ovation. Whether reaching back into her catalog for some old favorites or paying tribute to her own favorite performers by covering songs from No Doubt and Nirvana, Pink kept the crowd dancing and partying for more than two hours.

Check out photos from Pink’s performance at Gila River Arena below.

Encore
So What
Glitter in the Air