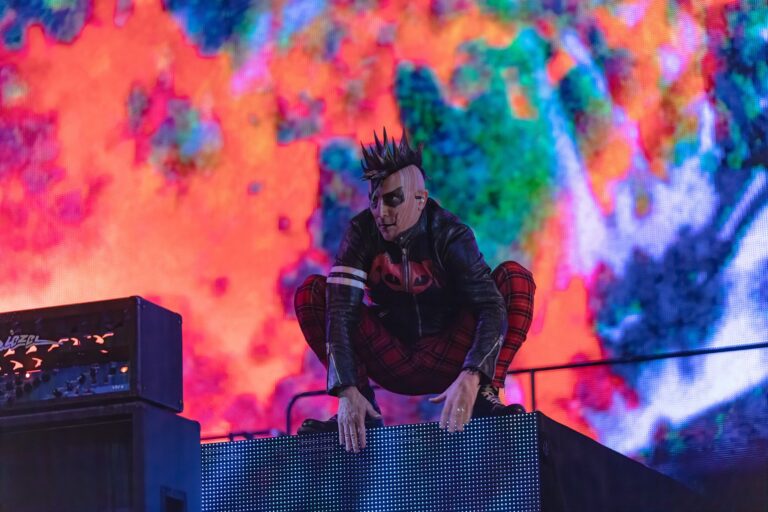 GLENDALE — “Deja fuckin’ vu, huh?” quipped Tool vocalist Maynard James Keenan after the opening number of their show at Gila River Arena on Saturday. The band had just played the venue in October on the opening leg of their Fear Inoculum tour, but the sold-out crowd in Glendale was eager to welcome them back for another performance, even if the setlist and presentation were largely the same.

Guitarist Adam Jones and bassist Justin Chancellor took up positions at either side of the stage, percussionist Danny Carey and his monstrous kit at the center, each lit by a single spotlight as Jones began the hypnotic opening riff of “Fear Inoculum,” the title track from Tool’s latest release. The 2019 album was their first output since 2006, and was met with widespread critical acclaim, landing itself on a number of “best of the year” lists.

While several of the evening’s more epic selections were culled from their latest effort, affording Keenan the opportunity to showcase the higher end of his vocal range, the band isn’t averse to honoring their roots, tackling heavier tracks like “Ænema” — about Los Angeles falling into the ocean — with a fervor belying the fact that three-quarters of the band are now well into their 50s.

The visual presentation was full of fog, swirling lights and frequent use of lasers, accompanied by haunting images — many of them scenes from the band’s acclaimed music videos — played on a gargantuan LED screen at the rear of the stage. In keeping with tradition, Tool adopted a strict “no recording or photography” policy that ensured cell phones were kept in pockets throughout the evening, making the night feel like a more communal experience.

Historically reticent to behave as a typical rock frontman, Keenan spent most of the show at the rear of the stage, alternating between a pair of risers that flanked Carey’s setup. With a spiked mohawk and thick black makeup around his eyes, Keenan rocked back and forth on the balls of his feet while he sang, periodically stopping to perch at the edge of his platform like a gargoyle and using his hands to drum along to the beat. He spoke little, and when he did it was to lighten the mood with a few jokes.

“Let’s wrap this up,” he said near the top of the show. “Big UFC fight tonight. We’re gonna do two songs and get out of here, okay?”

Later in the evening, Keenan asked for a show of hands from audience members under the age of 30. “When we wrote this next song, you weren’t even sperm,” he told them, before Chancellor launched into the opening bass riff of “Swamp Song” from 1993’s Undertow. And while the most popular and well-known track from that release was nowhere to be found on the setlist, Tool closed out the evening with arguably their biggest and most enduring hit, “Stinkfist.”

This was also the only point in the evening where the cell phone policy was relaxed. “Security, you can stand down,” Maynard announced. “Everyone, you can whip out your shit and film the rest of the show. I’m sure it’s driving you crazy in your pocket, it’s like a crack pipe.” But the drug of choice for the evening was the performance, and based on the enthusiastic audience, Tool addiction runs deep in the Valley of the Sun.