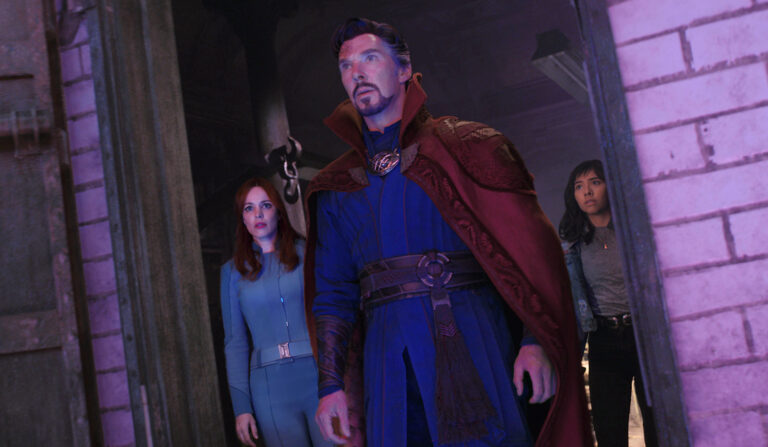 In many ways, director Sam Raimi is the godfather of the modern superhero movie, ushering in a new era of blockbuster filmmaking with 2002’s Spider-Man. While there’s certainly an argument to be made that 2000’s X-Men was the beginning of the craze, that film’s worldwide gross of $296 million paled in comparison to the staggering box office success of Spider-Man, which amassed a whopping $825 million, paving the way for two sequels (in 2004 and 2007) and laying the foundation upon which the Marvel Cinematic Universe would eventually be constructed.

With that history in mind — and considering that current Marvel Studios chief Kevin Feige served as executive producer on the first Spider-Man film — the notion of Raimi directing a new entry in the MCU feels like everything coming full circle. It’s especially fitting given the events of last year’s Spider-Man: No Way Home, which hearkened back to the webslinger’s original adventures by featuring key characters from those early films in pivotal roles. And as the helmer of beloved camp horror classics like Evil Dead and Army of Darkness, Raimi seemed like a perfect candidate to steer the MCU’s master of the mystic arts into unknown and frightening territory.

So it brings me no pleasure to report that Doctor Strange in the Multiverse of Madness is one of the studio’s messiest and least satisfying entries in recent memory, with Raimi’s unique sensibilities and distinct visual flair often seeming hamstrung by virtue of being yet another cog in the unstoppable Marvel machine. Between paying off previous chapters, introducing new characters and setting up future adventures, there’s little opportunity for the events of this film to exist on their own terms, and far too much of its modest (by MCU standards) runtime is spent in service to these extraneous objectives. The film comes alive in the second hour, when Raimi is freed from the shackles of clunky exposition and given carte blanche to inject the proceedings with his signature style, including a healthy dose of jump scares, kinetic camera work and plenty of gory, gross-out gags.

But before we arrive there, we’re introduced to America Chavez (Xochitl Gomez, spunky and likable), a teenager with the ability to travel the multiverse, currently being pursued across space and time by a powerful entity seeking to absorb her powers. She happens upon Doctor Strange (Benedict Cumberbatch) just as a grotesque tangle of tentacles bursts onto the New York streets, prompting the former Sorcerer Supreme to don his magical cloak and enter the fray, with a little help from his old pal Wong (Benedict Wong, still one of the MCU’s best supporting characters). The reality-bending nature of America’s predicament sends the good Doctor hunting for someone who might know a thing or two about the dark forces that govern the multiverse: the Scarlet Witch herself, Wanda Maximoff (Elizabeth Olsen).

CGI-laden spectacle comes early and often in Doctor Strange in the Multiverse of Madness, with a battle waged on the grounds of the mystical stronghold at Kamar-Taj, the aftermath of which sends Strange and America hurtling through multiple realities at high speed. After being sandblasted with a series of exceedingly trippy visuals (in one universe, everything seems to be made of paint), the unlikely duo come to rest in an idyllic version of New York, where Strange will be forced to reckon with his unresolved feelings for Christine (Rachel McAdams) and his own self-destructive tendencies — not to mention a powerful cabal of superheroes that serve to maintain order (expect a few buzzworthy cameos here).

It’s around this time that Raimi seems to be most firmly in the driver’s seat, and the film’s middle stretch offers a series of horrifying (and often simultaneously hilarious) moments, including some of the most ghastly violence ever depicted in the MCU. While the films of the Infinity Saga and beyond have always maintained a PG-13 rating, the gruesomeness of Multiverse of Madness certainly feels as though it’s pushing the envelope in that regard, and much of the onscreen carnage feels legitimately shocking — there’s some truly upsetting imagery that has continued to rattle around in my brain, several days removed from my screening. Raimi has long been a master at balancing mirth and macabre, and the colossal budget of a studio tentpole provides a massive canvas upon which he can paint — it’s too bad we’re forced to slog through the rest of the mediocre muck in order to get to the good stuff. If you can see one current film about the multiverse, make it Everything Everywhere All at Once — if you have time for another, or if you just need your regularly scheduled dose of the MCU, check this one out, but keep those expectations in check.