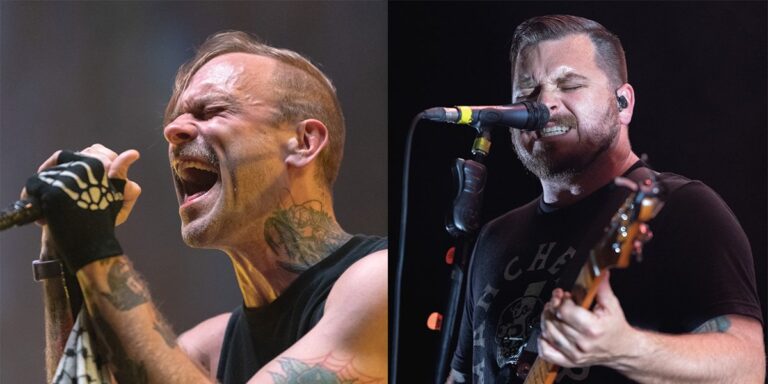 PHOENIX — While the early part of the Rockstar Disrupt Festival played host to a blazing sun and scorching temperatures, things had cooled down considerably for the final two acts of the evening. Thrice made their way to the stage at Ak-Chin Pavilion and, with little fanfare, launched straight into “Yellow Belly,” the lead single from 2011’s Major/Minor.

Frontman Dustin Kensrue had little to say during the band’s 45-minute set, which provided an even mix of selections from the past 16 years of the band’s career. Live favorites like “The Artist in the Ambulance” paired well with more recent fare like “Deeper Wells” and “Black Honey,” and capping off the performance with a thunderous rendition of “The Earth Will Shake” was a great exclamation point.

If Thrice allowed the crowd a brief respite from the frenzy of the day, The Used were determined to dial things back up to eleven. Lead singer Bert McCracken pumped his fists in the air and belted out lyrics to longtime favorites “The Bird and the Worm” and “Take it Away,” pausing between numbers to laugh at his own jokes and offer an enthusiastic middle finger to President Trump.

The Used also turned Oasis mega-hit “Wonderwall” into a sing-along, with McCracken admonishing the crowd for their exuberance and claiming to hold nothing but disdain for the British rock band. He even stopped the show multiple times to recite Shakespearean soliloquies and quote passages from Dante’s Inferno, an impressive feat is not a little bizarre. The band closed out the evening with the track that launched their popularity, “A Box Full of Sharp Objects.”