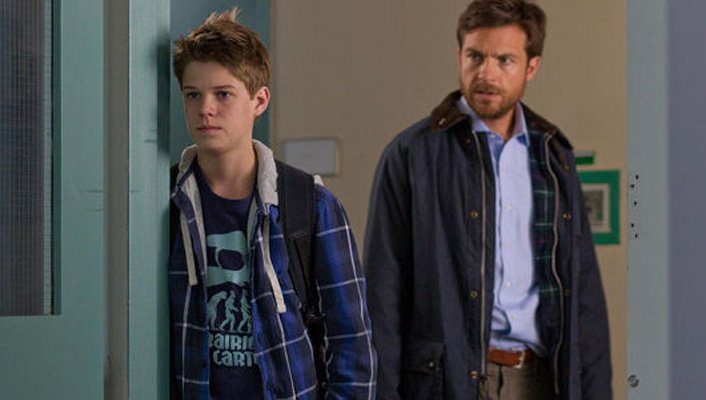 Disconnect, starring Jason Bateman and Alexander Skarsgard, follows two different families and a news reporter as they make their way through 21st century life, bogged down by everyday integration with the internet. I was pleasantly surprised at how impressive this film was, especially because I’m only used to seeing Bateman in comedic roles.

The movie begins with a focus on reporter Nina Dunham (Andrea Riseborough) as she infiltrates a child pornography webcam website in order to get her big break in TV journalism. It folds into character Derek Hull’s (Skarsgard) troubles with his wife (Paula Patton) as they deal with the death of their child and a Trojan Horse virus-turned-identity theft. Finally, it follows the Boyd family (Bateman and Hope Davis) as their son Ben (Jonah Bobo) is bullied on Facebook.

The script itself is poignant to today’s middle-class woes, as well as highlighting some of the effects of the internet on impoverished people. But the “disconnect” that hurt the characters of this film worked on two levels, not just those of the tech variety. The writers managed to craft a script that was easy to invest yourself in emotionally. There wasn’t a scene in this film that could have been left out, and there was hardly a scene that didn’t draw me in and allow me to identify with the characters on a primal level. As the film’s climax began, my heart had jumped into my throat, my stomach was tied in knots, and my… well. Throw in another anatomical metaphor here. I felt like someone had kicked me in the balls. In a good way. There we go.

Bateman and Riseborough were of particular note in this film. They both did an amazing job, and Riseborough really showed herself to be a potential huge name in the business in the near future. Frank Grillo also gives an award-caliber performance as the father of one of the school bullies, and the film features some of the only teenage acting that hasn’t made me want to gouge my eyes and eardrums out in years.

Disconnect isn’t without its flaws, though, as the melodrama tucked into the script can be a bit too heavy for some people at times. However, this is offset by the overall quality of the film and the power of the actors to deliver gut-wrenching and heartwarming performances. Every scene of the film works toward removing the “21st century” from the characters until the very last scenes before the credits roll. If nothing else, viewers can take heed from the stories in this flick and step away from their iPads and laptops and experience the people and things around them.

Unless you’re reading our website here. Keep doing that.