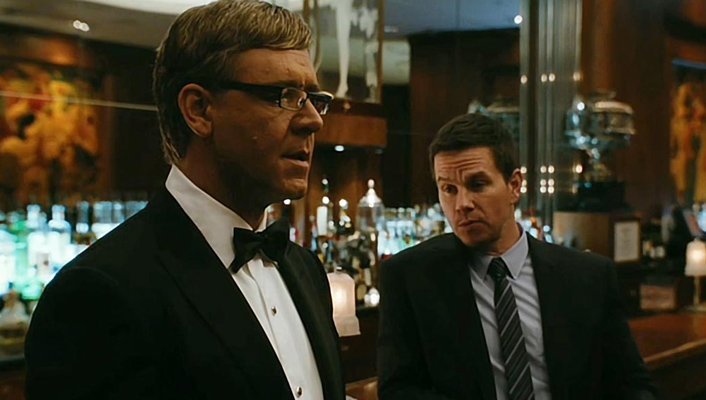 Broken City, starring Mark Wahlberg and Russell Crowe, is a tale of political intrigue and corruption. It opens this week with nary a sound from their marketing department, and though I had little knowledge on what this movie was about, I was excited to see Wahlberg and Crowe working together, and they did not disappoint.

Taking place seven years immediately following the prologue of the story, the film portrays Wahlberg as police detective Billy Taggart, forced into retirement after the slaying of a young man in a poverty-stricken section of New York. He spends the years leading up to the main plot of the movie becoming a private investigator, working alongside his assistant Katy (Alona Tal). Things start to go sour for Taggart when the mayor (Crowe) hires him to begin following his wife (Catherine Zeta Jones).

Over the course of the film’s 109 minutes, the script writers shy away from using too many clichés in dialogue. There was a brief moment where a character says the name of the movie during a line (which elicited someone in the back row of the theater doing their best impression of Family Guy Peter Griffin’s laugh), but other than that the writing is nothing to complain about. Alona Tal, as new to movies with big-name actors as she is, did an outstanding job as both concerned friend and comic relief. Wahlberg also gave a believable performance while still bringing his sense of humor to the film.

Crowe, however, is the standout star of this film. His acting was superb and he distinctly brought Mayor Hostetler to life. He even nailed the New York accent without going too extreme, which I imagine is a lot harder to do as an Australian. Barry Pepper, Kyle Chandler, and Jeffery Wright were also effective as the supporting cast.

Overall, the film was enjoyable, even if it didn’t really offer anything to viewers that we haven’t seen in a dozen other political thrillers before. However, it avoided some movie tropes that kept the plot from becoming too predictable. With what looks to be a long series of terrible movies approaching this winter season, it’s my opinion that you’d do well to go see this Broken City in action. (Eh eh! He said it!)